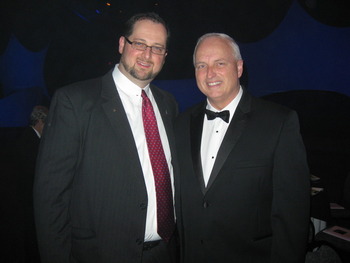 In addition, State Rep. Terry A. Johnson, DO, received the Physician of the Year Award and John L. Weippert, DO, who completed an internal medicine residency program at St. Joseph Medical Center in Warren, Ohio, was recognized as one of four Outstanding Residents.

OOA Vice President Robert L. Hunter, DO and Terry A. Johnson, DO