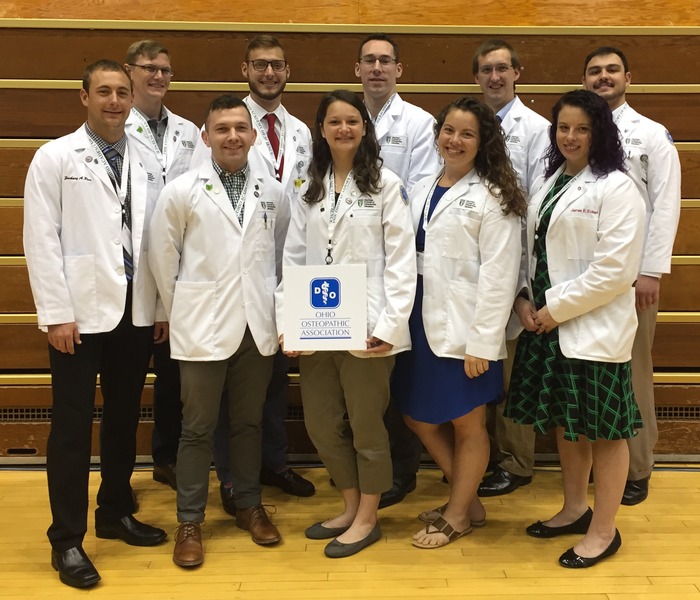 State Science Day is sponsored by the Ohio Academy of Science. All totaled, about 1,100 students from 65 counties competed for scholarships and awards valued at nearly $500,000. As part of the sponsored awards program, the OOA presented $650 in cash prizes for outstanding projects related to the field of medicine. Priority was given to projects related to interrelationships between the body’s function and structure, the musculoskeletal system, or a holistic approach to medicine, including internal and external factors and preventive treatments.

Spears and Ross were interviewed and photographed for The Columbus Dispatch for an article about State Science Day. Spears, who is SOMA president at the Dublin campus, noted the young students had impressive projects. “When I was that age, my project was whether my dog was choosing food based on a preferred flavor,” he said. “Here, these kids are coding, looking at the role of probiotics in enhancing memory, and much more.”

Special thanks to Student Doctor Eckert, SOMA president at the Athens campus, who coordinated the project.