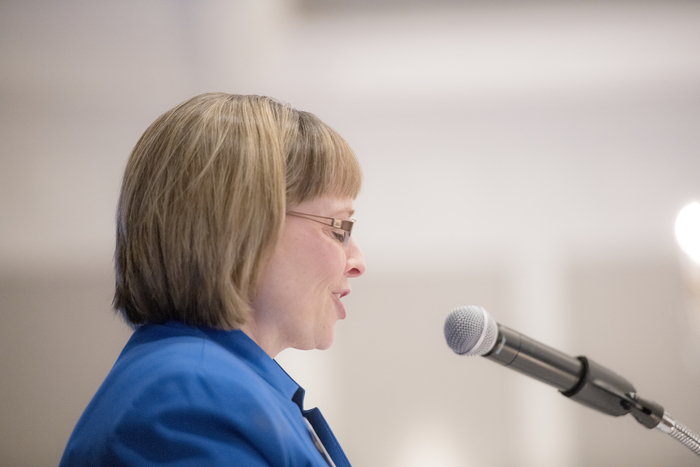 Hauler, a family and emergency physician, is vice president and chief medical officer at Premier Health in Dayton. She is also a paramedic instructor and medical director of the Troy and Vandalia fire departments.

A leader within the medical profession, she has served on the OOA Board of Trustees since 2009 and was president of the Dayton District Academy of Osteopathic Medicine. On the OOA Board, her work has focused on membership and governance initiatives.

She is the recipient of numerous honors—starting when she was a student at Ohio University College of Osteopathic Medicine, where she graduated in 2001: Student of the Year at the Southwest CORE; Intern of the Year and Resident of the Year at Grandview Medical Center in Dayton; Ohio ACOFP Young Family Physician of the Year; Frank W. George Family Medicine Research Award; and induction into the Sigma Sigma Phi Academic Honor Society.

Hauler also holds an MBA from the Kelley School of Business at Indiana University.