(May 14, 2019) The Ohio Osteopathic Association awarded the Osteopathic Medical Award to six middle school and high school students at the 71th Annual State Science Day, held May 11 at The Ohio State University in Columbus. In all, 85 students competed for the prize: 42 in the 7th-9th grade category, and 43 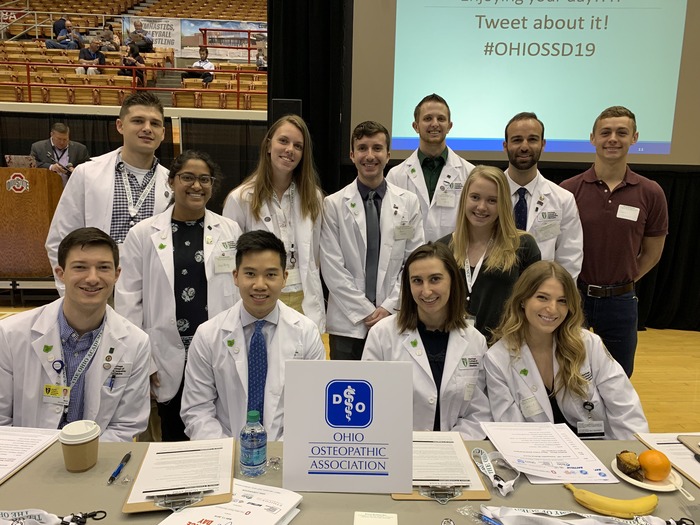 Sponsored by the Ohio Academy of Science, State Science Day is the pinnacle of student originated, inquiry-based science education. This year, more than 1,100 students in grades 5-12 from over 300 schools competed for scholarships and awards valued at nearly $500,000. As part of the sponsored awards program, the OOA presented $650 in cash prizes for outstanding projects related to the field of medicine. Priority was given to projects related to interrelationships between the body’s function and structure, the musculoskeletal system, or a holistic approach to medicine, including internal and external factors and preventive treatments.